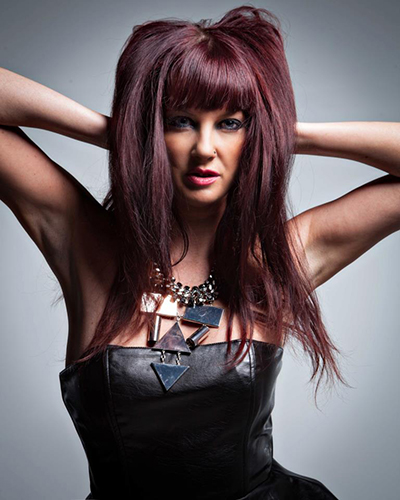 Sydney Blu continues to establish herself as one of the top female electronic producers and Dj’s in the world. Her passion for success, hit singles on the Beatport charts, extensive global touring, and musical creativity has Sydney at the top of the electronic music scene.
Originally from Canada and currently based in Los Angeles, Sydney Blu’s success has been built-upon numerous hit singles and relentless world touring. Following the success of her releases (including the chart-topping ‘Give It Up For Me’ on Mau5trap Recordings being one of Beatport’s highest selling songs and making Sydney the first female electronic producer to ever have a top 10 hit on the website), Sydney Blu developed and founded her own record label Blu Music, which has produced several chart-topping singles over the years. A steady support from global heavyweights such as Tiesto, Paul Van Dyk, Deadmau5, Robbie Rivera, & Funkagenda has propelled Sydney Blu and Blu Music to the forefront of the dance music scene, as well as the top of the charts.
After moving to Miami in Spring of 2010, Sydney Blu quickly set-up her residency with Opium Group and Mansion Miami, the hottest club in South Beach. Quickly thereafter, relentless worldwide touring followed with North American highlights including massive headlining shows at Pacha NYC, Space Miami, Avalon Los Angeles, and Beta Denver just to name a few. Sydney also headlined in front of 10,000+ people this past summer in Recife Brazil, and then 25 thousand people this past November 2011 at the Rogers Centre Toronto, closing out the Deadmau5 Meowingtons Hax Tour. The event was the biggest dance event in Canadian history. On the global stage, Sydney Blu has rocked crowds with performances in Europe, Brazil, Colombia, Philippines, Mexico, Tunisia, Pakistan as well as a headlining slot in front of 5000 people in Egypt over the Easter holiday. She’s headlined some of the biggest clubs in the world including Space (Ibiza), Republiq (Manila), Space (Miami), El Pacha (Tunisia, Africa), Eazy Club (Sao Paulo, Brazil), BPM Festival (Playa Del Carmen, Mexico), Avalon (Los Angeles), The End (Colombia) and Guvernment Nightclub (Toronto) all having fans urning for more from the talented artist.
Sydney Blu and Blu Music consistently hit the Beatport charts over the past year, with releases like Chemistry on Blackhole Recordings as well as her most recent single Another Late Night featuring MC Flipside. Also her remixes of Luciana’s ‘Calling all the Lovers’, ‘Givin it Up’ by The Goodmen and a re-edit of Jefferson Airplane titled ‘Want Somebody’ topped the charts for weeks. As well, Blu’s label had one of it’s biggest hits this past year with Trent Cantrelle’s ‘I Wanna Freak’ topping the Beatport Top 10 and holding the #1 House song on the website for 3 months. The song was nominated as a
finalist for #1 House song of 2011. All of Sydney’s releases receive consistent support from global heavyweights such as Thomas Gold, NERVO, Tiesto, Roger Sanchez, Robbie Rivera, Paul Oakenfold, Chuckie, Ferry Corsten, Oscar G, Funkagenda, Chris Lake & more.
In addition to her record label, Sydney’s Blu Party brand has hosted it’s annual event Miami Music Week for the past 4 years. The Blu Party has been known to be one of the most well-respected WMC/MMW parties, with a penchant for debuting A-list & untapped talent. Recent headliners of the Blu Party in past years have included artists such as Thomas Gold, John Dahlback, Funkagenda, Tommy Lee & Dj Aero, David Tort, Alex Kenji, SOFI, Kim Fai, Wally Lopez, Manuel De La Mar and many more.
Sydney is also spending most of her year with her label Black Hole Recordings presenting a biographical documentary series
titled “Being Sydney Blu”. Each episode will be beyond how you see Sydney Blu as a Dj, giving the viewer an exclusive inside look on her daily life as a regular person. The viewer will get to experience
first hand the hard work that Sydney goes through in her career, along what she does in her free time to get away from it all. She will be releasing a new episode every month at a new location based around her show schedule.
2013 is already proving to be busy with original tracks and remixes set for release on Dim Mak Records, Spinnin Records, Funkfarm Records and a forthcoming album on Blackhole Recordings. Her full length live album on Nervous Records, ‘Sydney Blu: Live at Mansion’ raced up the itunes dance charts last year with a massive summer tour that took her all North & South America.
With an even more explosive touring schedule that is set to push her even further to success across 5 continents, 2013 is looking bright for the super fresh and accomplished SYDNEY BLU.