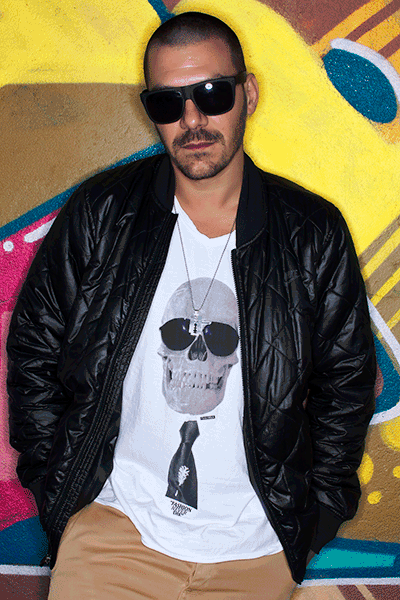 There are not many artists who possess the ability without fail, to provide the hottest soundtracks to the planet’s biggest dance parties. Barcelona based, upcoming DJ & Producer Peter Brown definitely can do so and the world is taking notice. Born in France, Peter honed his musical craft at some of the countries’ most popular night spots since 1997 before he finally settled upon his current home in Barcelona, Spain. But his spiritual home will always be behind the decks, existing as one within his creative element. That element is house music!

With drive, determination, and an impressive resume, Peter has played in numerous clubs and festivals throughout the globe, including Space (Ibiza), Pacha (Moscow, Sharm el Sheikh) and residencies in the finests clubs in France (Amnesia, Villa-Garden, Open House, Inox) and in Spain (City Hall,The Family ,Sauvage).He has also played in Austria, Russia, Tunisia, Maroccos , Egypt , India , Alemania, Holland, UK , …. It was upon this important turning point that Peter Brown emerged as an up-perclassman, joining the big league ranks of today’s A-list DJ’s .A true master of his craft, Peter continues to wow international crowds with his use of 3 Pioneer CDJ’s while dropping loops in combination with a limitless resource of dynamic audio effects. Whether he’s spinning the latest dance floor filling house or serving up his very own productions or bootlegs, Peter’s signature style has made him a force to be reckoned with…..

In 2009 he joined the allstars djs team of the legendary dance music brand that is Pacha Recordings and he also signed on top labels like Toolroom , Spinnin, Pornostar, Urbana, Milk n Sugar , Matinée Rec ,Housesession, Star69, Muzik X Press , Kontor or Suka rec and his singles and remixes have consistently reached the top echelons of the Beatport and Traxsource charts and supported from the likes of Roger Sanchez, Axwell, Erick Morillo , Laidback Luke, Alex Kenji , Thomas Gold , D.O.N.S or Mark Knight to name a few….

Peter ’s also hosting his weekly radio show on Radio FG USA and he was recently invited for a guest mix on famous Roger Sanchez ‘s radio show “Release Yourself”.

There is so much more in store for DJ Peter Brown so keep your eyes and ears on the decks of the Spanish-Frenchman; a rising international superstar!