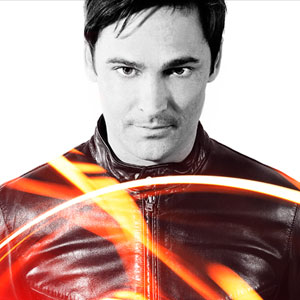 One of the scenes most impressive international DJ talents and creatively consistent producers, Marc Vedo is an electronic artist who has amassed a head spinning number of air miles during his 15 years in the music industry. A regular at iconic clubs such as Avalon in Los Angeles, God’s Kitchen in Birmingham, Zouk in Singapore, The Guverment in Toronto, X2 in Jakarta, Dragon-I in Hong Kong, Ageha in Tokyo, Club Midi in Romania, Mad Club in Switzerland and Ministry of Sound in London. Marc has also been a frequent feature at the world’s finest events including The Gallery, Big Fish, Spundae and Amsterdam Dance Event.His bursting repertoire of club performances has led to festival appearances worldwide that include Glastonbury, Ultra Music Festival, Global Gathering, Berlin Festival, Bug Hole Festival in Turkey, where he warmed up for The Chemical Brothers, Ministry of Sound NYE beach party in Mombassa and the Official Formula 1 After parties in Singapore, Monaco, Dubai, Sao Paulo and New Delhi. Most recently he was one of the headline acts at the 2012 Street Parade in Switzerland, where he played to a wild 900,000 people on the streets of Zurich.These global exploits have seen him captivating dancefloors throughout the world and led to him having performed in over 50 countries, that include everywhere from North America, Central and South America, Africa, Asia, Australia and all over Europe. A regular feature in Ibiza, Marc has graced many of the islands renowned clubs such as Space, Eden, Es Paradis and Amnesia; the latter where he currently holds a summer residency for hedonistic Ibizian night La Troya.An official resident for DJ Magazine World Tours, Marc is regularly called upon to headline their DJMag shows around the world; with one of the many highlights being his recent B2B sets with Sander Kleinenberg and Sasha at the DJ MAG afterparty in Istanbul. To date he has mixed two covermount CDs for the magazine and frequently performs at their internationally respected Top 100 DJ MAG Award Parties. As a producer Marc’s successes have been no less impressive. From previous tracks like ‘Chemical Fatboy’ on Koolwaters Recordings and ‘Escada’ on Kid Massive’s Get Down Records to the releases on his and Boy George’s own recording label VG Records, his music has been proving essential selections in the playlists of DJs like Pete Tong, Maceo Plex, James Zabiela, Roger Sanchez and Chris Lake. Looking forward to the next few months, the Bristol based Producer/DJ has new music coming up on celebrated imprints such as Stealth, New State and PP Music. The worldwide release on the sizzling imprint Hotfingers of his collaboration ‘These God’s’ with Federico Scavo and featuring Boy George and John Gibbons on vocals.With his DJ sets drawing interest from clubs and festival promoters the world over, an exciting release schedule of forthcoming material and a run of tours coming up in Australia, Europe, North America, and Asia, as well as a return to Ibiza this summer for his residency at La Troya, Amnesia, 2013 looks to be another incredible period in Marc’s long career.