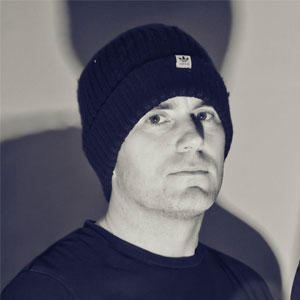 Without Doubt over the past 10 years Kevin has proved himself to be a major player in the worldwide dance scene! From Djing across the globe (playing at most of the top 100 voted clubs), having numerous online digital number ones (with a discography like not many others, 500+ releases), promoting the most amazing, successful parties and for over 10 owning one of the Uk’s biggest dance distribution companies, Kevin has definitely helped at times to shape the scene.Now heavily focused on his own productions and running his own label (World Sound Recordings), fueled by his vast experience and own studio, Kevin’s prominence has come to the forefront again, with releases on the highly credible labels, Stealth, Great Stuff, Deeperfect, Hotfingers & 303lovers to name but a few. Ever since Kevin left school he has been head down in the UK’s music scene, initially started from running his longstanding and infamous Flaunt-It parties. He got the bug for Djing and made it essential that the music would always be perfect at his events, which led to him hunting high and low for the latest tunes and locating the most up to date place to buy them “the distributors”. Pushing for a job he soaked up the distribution knowledge and soon left to start what turned out to be one of the Uk’s most successful dance distributors, Essential Direct. Now at the forefront of the scene it enabled him to push certain genres and artists worldwide and soon the Hoxton Whores evolved! Now a Globally established Djing / Production duo, the boys have clocked up uncountable air miles, had season long residencies at the likes of Ibiza and have played at many of the biggest festivals & clubs worldwide. Their productions hit the top spots on all the big online dance music digital sites with tracks and remixes featured on virtually every big house label around and UK national top 40’s with “Sunshine Of My Love” & “Friday Saturday Love”. With all eyes peeled it gave birth to the Whore House record label and once fully experienced, Kevin decided in 2009 to invest in his own studio and record label World Sound Recordings. Now with a platform to showcase his own productions he used his hard earned knowledge to push the label forward and it soon started mixing with all the big hitters, currently with great success hitting the No.1 spots on various online digital download sites. With over 40 releases under it’s belt World Sound has also given Kevin the opportunity to link up with some great artists such as Jesse Garcia, Juan Kidd, Kid Massive, Paul Harris, Felix Baumgartner, Abigail Bailey & Patric La Funk to name a few and continues to move from strength to strength today!Not leaving a moment to spare, Kevin has recently managed to find time to launch his own promotional company PromoFizz (very heavily active) and a
Publishing company Hoxton Music Ltd.
Overall Kevin is a massive fan of the industry, is fully committed to his music and considers himself very fortunate to have lived such a colourful life in the scene.