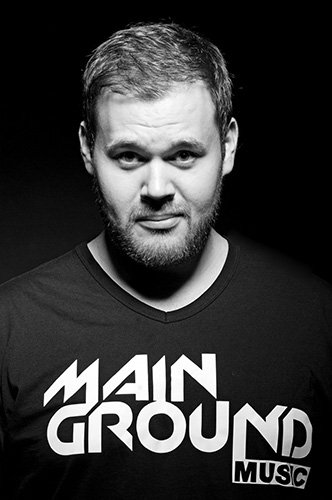 Béla Gábor, p/k/a Belocca is a rough diamond gradually polishing each facet. He grew up close to Budapest, together with Workidz, with whom he soon discovered electronic music. At the age of 16 they signed with Secret Service Records for their first single and shortly after found themselves in a professional recording studio in Germany for the first time. Not much later they founded Sauna Records, with their track “Plastic Fantastic” topping many charts at the time. Because Belocca tackles the essence of house music and the groove, his tracks and remixes have become favorites with many big DJ’s over the past years, like: Mark Knight, Roger Sanchez, Umek, Sven Vãth, Luciano, just to name a few….
The actual name Belocca wasn’t born until 2000, when he began working together with his friends: Soneec, Lauer & Canard and Muzzaik, producing many great tracks. The big breakthrough came in 2007 with Belocca’s remix on “The Nightcrawlers – Push The Feeling On”. This sizzling remix got picked up by no other then Roger Sanchez who released through his own Stealth Records imprint. It hit the #1 spot on the overall Beatport Chart and was also one of the biggest compiling dance records of that year. In 2009, Beatport even elected him one of the most promising new House artist!
During his career Belocca has released many tracks and remixes through: Toolroom, Yoshitoshi, Stealth Records, Spinnin’, Purple Music, Star 69, Peppermint Jam, Nervous, Stereo, Sneakerz Muzik, Black Hole, Kontor, Big Love and many more. Aside from being an amazing producer, Belocca is also a fantastic DJ. His music and DJ skills have carved his signature groove in many musical hearts and gradually landed him an international DJ career playing big clubs and festivals all over the world: Toolroom Knights gigs in Ministry Of Sound, Stealth Records nights in Munich, Amsterdam and Barcelona, conference showcases for both labels on ADE, the Sunrise Festival in Poland, Fantastic Festival in Mexico, Soulvision Festival in Brazil, Boothstock Festival on Holland on the MOS stage, just to name a “few”, and playing alongside peeps, such as: Roger Sanchez, Mark Knight, Stefano Noferini, Pleasurekraft, Prok & Fitch, Noir, Tigerstripes, Kaiserdisco, Sebastien Léger, DJ Madskillz and Olav Basoski.
Furthermore, in 2011, alongside his friend Soneec, he was asked to compile and mix an edition of the infamous “Leaders Of The New School” compilation series for Toolroom Records.
2012 saw the birth of Belocca’s own label Mainground Music. First release ft. Soneec, called Chupakamra shot all the way up to #11 in the Beatport tech-house chart, shortly followed Way Of Thinking and the killer cut Back To The Old School , which remained in the Beatport tech-house chart for 4 months! Mainground Music releases all new Belocca tunes, as well as up and coming talent from accross the globe. Belocca’s A&R vision is clear and simple: It’s not mainstream, not underground, but Mainground Music!
Next to his well supported productions on Mainground Music, he also releases smash collabs on other labels, such as the massive “Murdered Out” with Pleasurekraft on Suara. Please keep an eye out for some more sparkling collabs in 2013, with Mike Newman, Mathew Codec, Mike Vale, Stefano Noferini, DJ Lion and Will Monotone.